So, earlier I posted a map showing the average estimated net worth of the Senators from each state. Here is the companion map for the House of Representatives.

I have used the same ranges for the color schemes on the two maps, so you can compare them directly.

So, you know how it’s supposed to be harder for a rich man to get into heaven than for a camel to pass through the eye of the needle.* Well, two things:

1) That’s not as hard as it seems, since a sufficiently rich man can pay to have people build him a huge-ass needle.

2) In fact, it is not as hard as a poor man being elected to the United States Senate.

If you go to the original, you can scroll around and zoom in and stuff. If not, all you need to know is that Alaska and Hawaii fall in the puke-green colored,  greater than 1 million, but less than 3.16 million category.

What I find interesting here is not so much the relative numbers, but the absolute scale. Note that it is only the green states where the Senators are (on average) NOT millionaires. The red states are where the average net worth is greater than 31 million (10^7.5, actually).

Next up: The House of Representatives.

So, here’s a thing for you. 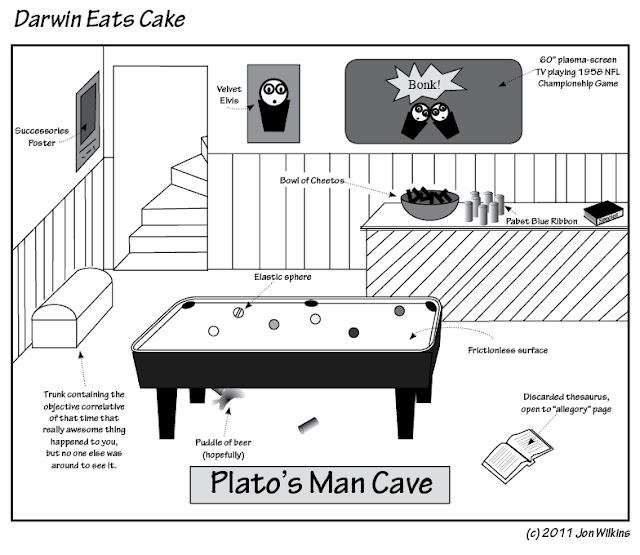 So, over the past two and a half years, a lot of opinions have been aired on the arcane financial instruments that were created, packaged, repackaged, sold, and leveraged by Wall Street Czars and Moguls. Some people view this activity as a natural extension of free-market capitalism, just as some people undoubtedly view eating children as a good source of protein. Other people view this self-referential and self-reinforcing “fake economy” as a financial cancer that nearly collapsed the world economy, just as some people view cancer as a cancer that kills people.

I’m still making up my mind.

While we have heard a lot on the topic from economists and politicians, one person we have not heard from is the fictional ruler of the fictional country of Narnia. Unfortunately, there are no surviving records from which we can reconstruct what Caspian X (the ruler formerly known as Prince Caspian) on these matters. However, we can infer a little something from Caspian’s questioning Governor Gumpas of the Lone Islands about islands’ slave trade.

Just to set the scene, we’re in Book 3 here, The Voyage of the Dawn Treader. The Lone Islands are a part of the Kingdom of Narnia, but it has been about a hundred and fifty years since the last contact. So, the islands have been more or less self governing for a while. Caspian and the gang arrive to find a thriving slave trade, and Caspian insists that Gumpas abolish the practice.

The arguments that Gumpas puts forth to defend the slave trade could have come out of mouths of any one of the very serious people who have cautioned us against the chilling effect of imposing regulations, or curbing executive pay, or insisting upon transparency in how tax-supported funds are distributed among the elite.

“Necessary, unavoidable, a necessary part of the economic development of the islands, I assure you. Our present burst of prosperity depends on it.”

“Your Majesty’s tender years hardly make it possible that you should understand the economic problem involved. I have statistics, I have graphs, I have . . .”

“But that would be putting the clock back. Have you no idea of progress, or development?”

Caspian’s response could have come out of the mouths of any of the millions of people who lack the connections and – let’s say moral flexibility – to thrive in government:

In other words, you don’t need [slaves]. Tell me what purpose they serve except to put money into the pockets of such as [the slave trader] Pug? . . . . I do not see that it brings into the islands meat or bread or beer or wine or timber or cabbages or books or instruments of music or armour or anything else worth having. But whether or not it does, it must be stopped.

So, two action items here. First, for anyone in congress who was holding off on enacting meaningful financial reform until you were clear on Narnia’s position on the matter, you may now proceed.

Second, speaking now to the British Royal Family from the self-governing former colony of America, if you can tear yourself away from hanging out with pedophiles and dressing up like Nazis, maybe you could come over and visit Wall Street and kick a little Gumpass, if you know what I mean.

Now, I’m certain that some readers are going to feel that I’ve played a bit fast and loose with the analogy here. After all, is it really fair to compare contemporary American capitalism to the slave trade?

Here in America, we live in one of the richest nations in the history of the world. The top one percent of the population receive only 25% of the income and control only 40% of the wealth. Government policies meet needs of corporations and the extremely wealthy with increasing efficiency. We send the children of the least wealthy members of our society off to fight against oppressive regimes that do not cater to our geopolitical dominance, while we send the children of the wealthiest members of our society off to curry favor with equally oppressive regimes that provide us with energy resources and places to dock our warships. Corporations have been granted rights of unlimited expression and privacy, while individual whistleblowers are confined and tortured. Rules of equal treatment in the court system have been abandoned for those subsets of humanity deemed too dangerous to be given a fair trial.

You’re right. It is absolutely nothing at all like slavery.

Update: I’ve changed the title, and modified the text a bit to clarify that King Caspian X is the same person as Prince Caspian, which is probably obvious only if you are a huge C. S. Lewis fan.

So, previously I wrote about a cologne based on the conservative torture-porn television franchise 24. Here we have another fragrance for men that seems either unlikely or inevitable, depending on you outlook on life: bacon-flavored cologne.

The website features a 360-degree view of the box, allowing you access to life tips such as “Avoid spraying in eyes,” as well as the enigmatic “Flammable.”

Catchphrase: Scent by the gods.

So, here’s a little something for all you Dancing with the Stars fans out there.

The good news is that for every seven dollars Candie’s Foundation gave to Bristol Palin in 2009, they spent one dollar on “actual teen pregnancy prevention programs.”(Raw Story)

I’m certain that’s EXACTLY what the donors were hoping for.

So, this particular academic controversy falls well outside my area of expertise, but if I only wrote about things that I really understood well, my blog would be pretty empty. 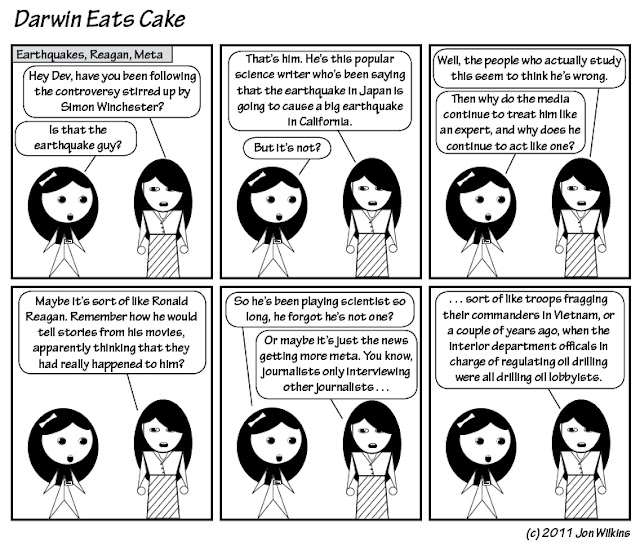 If you’re interested in reading more about Winchester’s fear-mongering claims and the earthquakologists’ reaction to them, check these out.

So, if you were worried that Hollywood was going to just close up shop after they finished making movies based on comic-book characters, rest easy. Keanu has informed the world that there will be a sequel that will answer all of the questions that were left unanswered at the end of the second movie.

Says Keanu, “I believe the writers are six weeks away from a draft.”

I take this to mean that the writers will be starting on the project in about four weeks.

“[T]here’s an element of time, and they have to go back,” he added.

Story and video at MTV News.

So, this one is for all the teachers out there who have ever felt discouraged because their students fell asleep in class. It is also for any of you who ever felt sorry for yourselves having to sit through a boring lecture.

This from BBC3’s Bizarre ER. Student Holly Thomson was sitting through a government and politics lecture that was SO boring . . .

It was SO boring that she yawned hard enough to dislocate her jaw. She could not close it again and had to be taken to the emergency room.

Your boring lecture on the difference between neoteny and progenesis doesn’t seem so bad now, does it?

So, maybe someone older than me can help me out here. Did words have a different meaning in 1960? Was this ever okay?

From Elvis Presley’s Stuck on You:

Hide in the kitchen, hide in the hall,
Ain’t gonna do you no good at all,
‘Cause once I catch you and the kissing starts
A team of wild horses couldn’t tear us apart.

Now, I know what you’re going to say. That it was a simpler time, and this was just some playful romping involving two consenting adults. That it is just from our jaded and cynical 2011 viewpoint that this looks like a manifesto for sexual violence (or at least for misdemeanor sexual misconduct, if you’re in Elvis’s tax bracket). In fact, it is disgusting to try and tar such a nice, wholesome song with that association.

To which I say, just remember, this is the dude who used to host pajama parties for 13 and 14 year old girls, wrestling with them, groping them, and kissing them.

Update: Here are a couple of on-point quotations from the article in the second link:

“‘He pretty much groped me,’ she recalls, ‘I was overwhelmed. He came on like Godzilla.'”

“Then they’d lie on the beds and roughhouse and have pillow fights, Elvis tickling and kissing them until they couldn’t take it anymore.”

“His friendship with the trio of Memphis teenagers lasted through the early 1960s, about the time he met 14-year-old Priscilla Beaulieu, his future wife.”