So, what do you think: Pasteurized prepared cheese product or Republican online dating site? 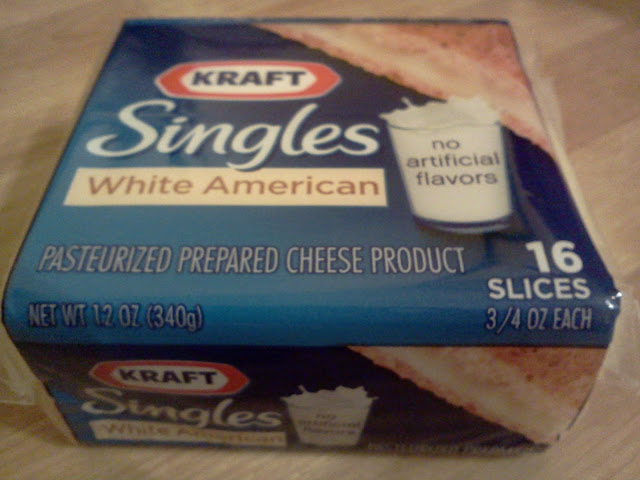 Actually, “Pasteurized Prepared Cheese Product” would also be an excellent name for a Republican dating site.

So, as I wrote previously, I’ve set up my browser so that it goes to a random Wikipedia page every time I open a new window. Here is the first entry I came upon this morning, in its entirety:

He was born in New York City. In the 1904 Olympics he won a gold medal as a member of New York Athletic Club team. The same year, he died of a typhoid fever.

So, here’s a cute trick I learned a couple of days ago (via Stellar:Interesting). Set up your web browser homepage to:

Then, whenever you open a new window or tab, it will redirect to a random Wikipedia article.

For example, did you know that Macropoliana afarorum is a moth from the Sphingidae family, or that it is known from Djibouti?

Well, if you had set up your homepage like this and then opened a new browser window a geometrically distributed number of times with a mean of about 30 million, you would have known it!

So, here’s one of many awesome things that I am behind the curve on, thanks to the hurricane . . . erm, “superstorm” that knocked out our power for more than a week, and our internet access for a week beyond that. It’s a tumblr of Windows 95 tips. Here are a few of samples to entice you: 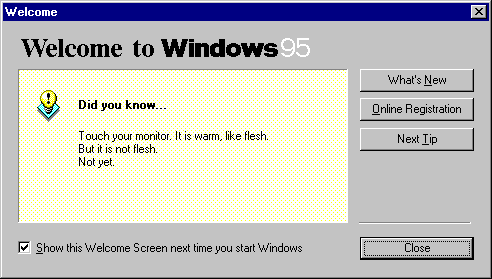 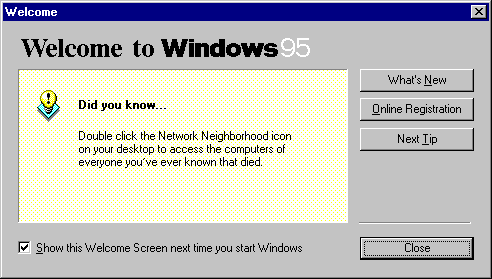 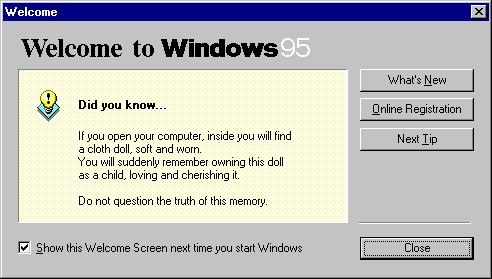 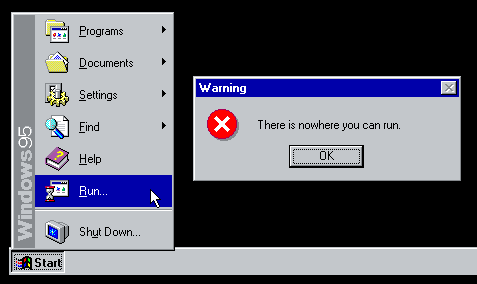 So, if you drive South from Santa Fe on US 285, after a couple of hours, you’ll come across the small railroad town of Vaughn. With a population of only about 500, it has a police force of two humans and one dog. Apparently, however, neither of the human police officers are not certified, meaning that they can not arrest people or carry guns. Why aren’t they certified? Well, the police chief was convicted of a felony in Texas for failure to pay child support, while the other officer was convicted of domestic violence.

That leaves the German Shepherd, Nikka, as the only qualified member of the force.

What the hell is going on, you ask?

Here’s a little vignette (from this article) to give you a flavor of how things work in Vaughn:

“Are you aware of some problems with the police department?” Barker asked Gallegos.

“You’re not aware of any problems with the police department?”

“Not at this point officially, no.”

“Nobody ever told you that your chief of police sitting next to you … is a convicted felon?”

“(Shakes head) … I’d rather get it straight from the mouth.”

“OK, well why don’t you ask him? He’s sitting right next to you,” Barker said.

“When the times comes, I will,” Gallegos said.

Obviously this was a gotcha question from lamestream media flack. What’s more, Larrry “Barker” clearly has a conflict of interest in the case, and is obviously just going to take Nikka’s side.

When mayor Paul Madrid was asked if the dog was still working, he responded, “Right today it doesn’t have no use, no.”  The mayor also said, “Nothing makes sense to me anymore . . . I don’t know beyond today … if we will ever have a police officer here again or not. I have no idea because the town cannot afford what’s required of the State of New Mexico or the federal boys.”

Last Friday, the police received a noise complaint at 734 Magnolia Street at 11:34 pm. The responding officer reported that all the butts smelled okay, and that the tree in the front yard was now property of the Vaughn Police Department.

So, if you need some relief from the olympics, check out the user-submitted photos of this horse-head mask on Amazon. There are more than 400 of these, and they’re all this awesome. (Link) 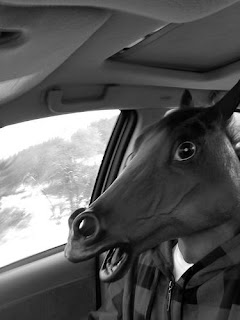 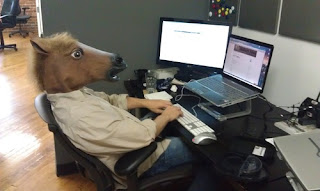 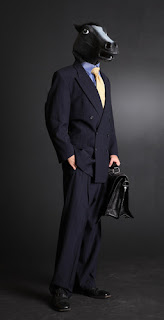 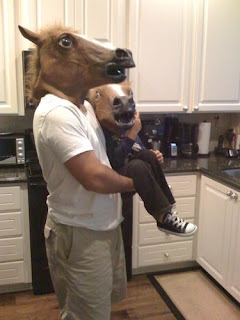 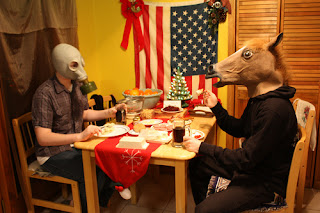 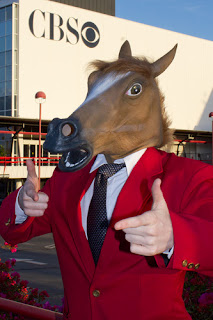 So, this will not come as a shock to those of you who know me, or who have seen me dressed, but I only go shopping for clothes about once a year. This weekend was one of those rare occasions, which meant that I had to look up our local mall on Google (Willowbrook, as featured on How I Met Your Mother).


What I did not expect was to come across a little treasure trove of user reviews. I can’t say why, exactly, but I find the idea of user reviews of a mall charming.

This is like the best mall in the whole state of new jersey,i realy go up there for the ride is like an ahour and fourty something min. But i enjoy the view & i only shop or visit the apple store, like for instence i been waiting for a friend of mine’s to make up his freaking mind to go i been waiting for a weak or more on him, i can’t wait no longer i have to go up there so they can update my ipad2 . But yes sir! The best mall is willow brook mall!!!

I feel suffocated by the largescale consumerism and the mind boggling highway structure that surround this mall.

Willowbrook Mall is suppose to be ghetto. LOL Also, this mall back in the day used to be good now it pretty much died out. The new hottest (GHETTO)mall in jersey LOL is Garden State Mall.

For comparison, here are a couple of reviews of Garden State Plaza (aka Garden State Mall), which, you may have heard, is the new hottest (GHETTO)mall in jersey LOL.

I rather be at the westchester mall y go to another state shop go truth bullshit of traffic and give them my money when I could spend’it in my owne state ny f.u

and, for the final word on this most hottest (GHETTO) LOL of malls:

So, today’s Telegraph includes the obituary of Count Robert de la Rochefoucauld, who died at the age of 88. The whole thing is worth reading, and I look forward to the movie version where he is played by Jason Bourne.

After France was invaded by Germany during World War II, Rochefoucauld joined the British Special Operations Executive (SOE), which engaged in various acts of espionage and sabotage during the war. Here are a few highlights from the obituary.

On joining the SOE:

After meeting de Gaulle to ask his permission to join British forces (“Do it,” came the reply. “Even allied to the Devil, it’s for La France.”) La Rochefoucauld began his training early in 1943 at RAF Ringway, near Manchester, where he learned to parachute and use small arms and explosives, as well as how to kill a man with the flat of his hand.

On one of the two times he escaped execution:

En route to his execution in Auxerre, La Rochefoucauld made a break, leaping from the back of the truck carrying him to his doom, and dodging the bullets fired by his two guards. Sprinting through the empty streets, he found himself in front of the Gestapo’s headquarters, where a chauffeur was pacing near a limousine bearing the swastika flag. Spotting the key in the ignition, La Rochefoucauld jumped in and roared off, following the Route Nationale past the prison he had left an hour earlier.

He smashed through a roadblock before dumping the car and circling back towards Auxerre on foot under cover of night. He sheltered with an epicier. From Auxerre, friends in the Resistance helped him on to a train for Paris, where he evaded German soldiers hunting him by curling up underneath the sink in the lavatory.

On the other time:

Cycling to Bordeaux to meet a contact who was to arrange his return to England, however, he ran into a roadblock, taken prisoner, and imprisoned at the 16th-century Fort du Hâ. His explanations that he had been out after dark on a romantic assignation were not believed and, in his cell, La Rochefoucauld considered swallowing the cyanide pill concealed in the heel of his shoe.

Instead he faked an epileptic fit and, when the guard opened the door to his cell, hit him over the head with a table leg before breaking his neck. (“Thank Goodness for that pitilessly efficient training,” he noted). After putting on the German’s uniform, La Rochefoucauld walked into the guardroom and shot the two other German jailers. He then simply walked out of the fort, through the deserted town, and to the address of an underground contact.

And loads and loads more. Read it.

So, this is a pretty cool thing. In three and a half minutes you can watch a thousand years of European history unfold before your eyes. The one downside is that there is no timeline with a little running dude, or date-o-meter, or something to let you know where you are (when you are, said Inspector Spacetime). If you know a smattering of history here and there, you can pin it down though.

It looks like the progression of time is not completely uniform, though. If you’re interested, here’s a little guide for you

Ooh, and, as I was writing this, the creator posted another version, which is much slower, running for 11 minutes, and more zoomed in.

So, this is old news. Actually, it’s ancient in internet terms, as it happened sometime in the mid 1990s. But, it’s new to me, so maybe it’s new to some of you, too.

This is a story from Trey Harris, who was in charge of the e-mail system at the University of North Carolina. He was contacted by a department chair who claimed that no one in his department could send e-mails more than 500 miles.

Before you object that, you know, that’s not how e-mail works, let me assure you that not only was it true, but Harris managed to figure out what was happening. Here’s an excerpt:

“What makes you think you can’t send mail more than 500 miles?”

“It’s not what I *think*,” the chairman replied testily.  “You see, when we first noticed this happening, a few days ago–“

“You waited a few DAYS?” I interrupted, a tremor tinging my voice.  “And you couldn’t send email this whole time?”

“We could send email.  Just not more than–“

“Well, we hadn’t collected enough data to be sure of what was going on

until just now.”  Right.  This is the chairman of *statistics*. “Anyway, I asked one of the geostatisticians to look into it–“

“–yes, and she’s produced a map showing the radius within which we can send email to be slightly more than 500 miles.  There are a number of destinations within that radius that we can’t reach, either, or reach sporadically, but we can never email farther than this radius.”