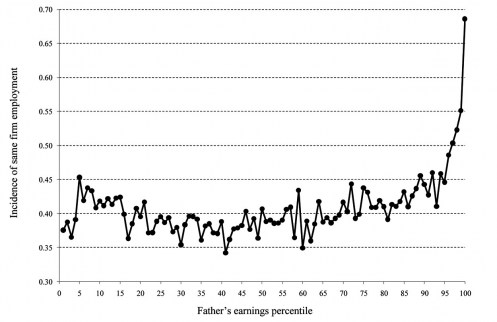 So, there have been a number of time-lapse videos of earth as viewed from space making the rounds recently. But this new one is extra awesome. Except for the fact that the International Space Station has its thumb in front of the camera for many of the shots. Also, I would have used Deep Purple’s “Space Truckin'” for the soundtrack.

So, here’s something awesome from the tumblr-sphere: Yelping with Cormac. The premise is Yelp reviews written by Cormac McCarthy.

A lot of them are worth reading, but the October 26 review of Taco Bell is maybe the best:

And so the man defied the villagers and ate the taco. In defiance of the will of those people but also in defiance of some order older than he. Older than tortillas. Than the ancient and twisted cedars. How could we know his mind? We are all of us unknowable. Blind strangers passing on a mountain road.

The man laid there in the village square for three days and nights and took no food and spoke to no visitor. The older villagers said that the man should not have eaten the taco and no sane man would do so and the price of such folly was known to all.

On the fourth day an old lady asked the man was he ill and did he need a doctor. The man told her he was indeed ill but that he wished to see a priest. And she crossed herself and left and in the sweltering afternoon sun a priest came down to the square to see the man.

The priest asked the man why he lay there in the square and if perhaps he could be convinced to leave. The man said he had eaten a thing which he should not have and he could not move because the world was revealed to him in its evil and in its beauty. That if he moved he might fall into the sky and never return. The priest assured him that it was not possible to fall into the sky and that an earthly cure of ginger and peppermint would surely calm his digestion. The man asked could God make a taco so terrible even He could not eat it. The priest considered this and said no this was not possible and to think so was a sin. The man was silent for some time. Then he said that he had eaten such a taco and that it tasted of bootblack and horsefeed. That if this taco was under God’s dominion then surely all other great evils must be as well. And then the man took the halfeaten and greaseblackened taco from his coatpocket and thrust it at the priest like a broken sword. Eat it, he said. Eat it or be damned.

So, we’re on a somewhat restricted publication schedule here at Lost in Transcription, as we are entering Day 4 of no power following Saturday’s “Snoctogeddon.” Still not clear how many more days until the lights (and heat) come back on, or how long every place with WiFi will be overrun with laptop refugees.

In the meantime, let me point you to a new group blog, which takes it’s name from Theodosius Dobzhansky’s famous quotation, “Nothing in biology makes sense except in the light of evolution.” I wrote about the origin of the quotation here, and featured this anagram-themed Darwin Eats Cake strip:

The venture is only a few weeks old, but features veteran bloggers, and already has some really interesting posts.

So, here’s something from SMBC for your Monday morning.

Now go to his website, where you can see just how much work went in to every one of these shots. Then rewatch the video and be amazed all over again.

So, here’s something for anyone old enough to have played text-based games back in the day. It comes from xenuphule’s tumblr.

So, here’s a chart published over at Tony Piro’s webcomic, Calamities of Nature. Normally it focuses on anthropomorphic animals and jokes about bacon, but religious topics also come up regularly. It’s always worth reading. 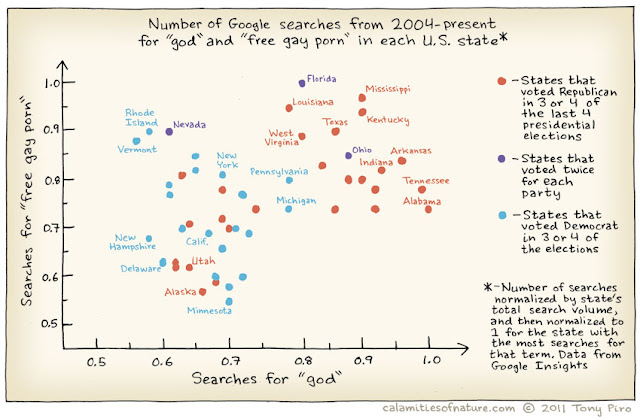 So, if you don’t read Kate Beaton’s excellent webcomic Hark, a vagrant, you should. It has a historical focus, as in, many of the comics focus people ranging from Ben Franklin to William the Conqueror to a whole bunch of (apparently) Canadian people I’ve never heard of.

One of my favorite things about her drawing style (not evident in the strip below) is how many of her characters seem to have been caught by surprise with their mouths full.

Every now and then, the historical intersects with the poetical, as in this piece on Yeats: 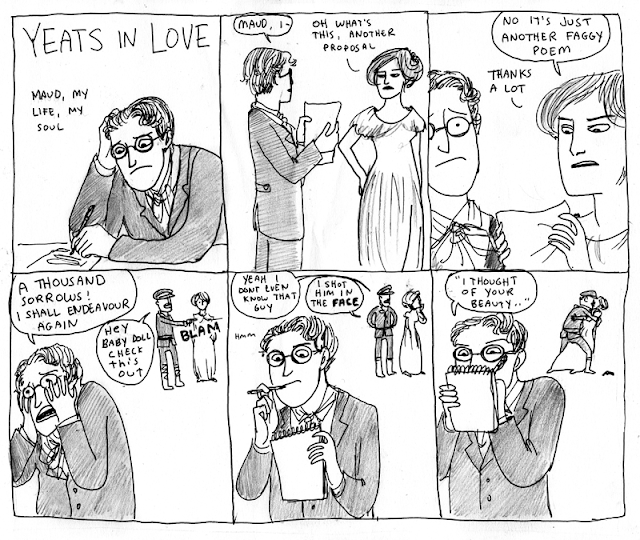 Bookmark this, and check back about once a week.

So, if you haven’t already seen this, well, here it is. It’s a headband with cat ears that are controlled by your mind. And not in the sense that you use your mind to control your hands, and then your hands move your cat ears around.

There are some longer (but less musical) videos at www.neurowear.net.