So, here’s a pretty cool thing. Yesterday someone started a Facebook page where Israeli and Iranian citizens are sharing messages of mutual respect, love, and peace, in contrast to the rhetoric coming from the two governments. Check it out here.

It’s a small thing, but still cool, and has already built up a pretty good head of steam. And, you know, it is always worth pointing out the fact that it is usually governments that hate each other, not people (except to the extent that they are whipped into a frenzy by misinformation from their war-mongering governments).

Now, I’m neither Israeli nor Iranian, but I am American, and, of course, we have a similar set of issues. On that point, let me just put this up. You’ve already seen it, because it’s all over the internet, but, again, there are some things that can’t be said too many times. 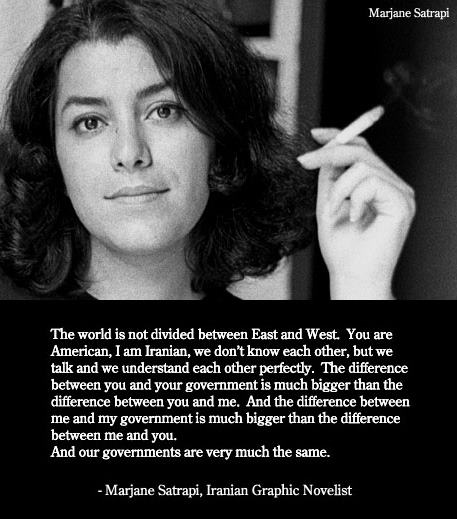 2 thoughts on “Iran and Israel, Love and Peace”