So, I just got back from the Colorado School of Mines (And boy are my picks tired!!!), where I was speaking about the Ronin Institute. One of many wonderful things about the trip was the opportunity to meet Alejandro Weinstein, who has been featured twice on Guillaume’s Mailbag over at Darwin Eats Cake. Following a conversation with him, I wanted to clarify something regarding the following strip:

Alejandro apparently took the third frame of the comic to mean that Guillaume thought that he was from Mexico. I asked Guillaume about this, and he said no, that with a name like “Alejandro Weinstein,” he had assumed that Alejandro was from Argentina. It turns out that Alejandro actually hails from Chile, which is sort of the Argentina of the west coast of South America, so, he wasn’t too far off, really.

Guillaume went on to explain that, actually, “hot like Mexico” and “cool the bad” are references to the lyrics of the Lady Gaga song “Alejandro.” Guillaume had assumed that this was common knowledge, at least until I pointed out to him that the set of people with a high degree of fluency in Lady Gaga lyrics probably shares little overlap with the set of people who read Darwin Eats Cake.
Anyway, Guillaume felt bad about the misunderstanding, and asked me to address it here.
On a related note, Guillaume’s Mailbag is still accepting submissions. Send in any biological trait of any species, and Guillaume will provide an adaptationist explanation for its evolutionary origin. You can reach him at guillaume@darwineatscake.com.

So, the latest on the faster-than-light neutrino saga is that the discovery may have been the result of measurement bias resulting from faulty wiring. Which is sort of sad. As Jason Kottke noted, “Neutrinos? More like Nintendo . . . they forgot to blow in the cartridge.”

Anyway, Dev made an effort to explain the situation to Guillaume, and I thought that I would share their conversation with you:

So, you know that meme that’s been going around, where there’s some profession, or group of people, and then a series of pictures showing how different people perceive them?

Are you tired of it yet? No? Well, then, bookmark this page, and come back when you are. Just remember, the first one to go meta wins!! 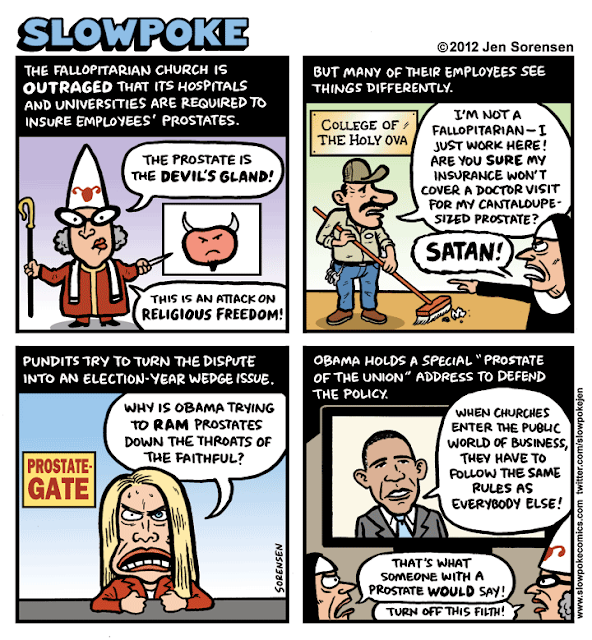 So, it’s almost Valentine’s Day here in the States, and you’ve forgotten to buy something for your spouse / fiancé(e) / boy- and/or girl-friend. Fortunately, we’ve got you covered. Just print out these handy-dandy Valentine’s Day cards, and you’re all set.

If you’re in Australia, Valentine’s Day is already half over, and while you also forgot to buy anything for your special someone, you’ll get away with it, because sheep never know what day it is.

Higher-resolution versions can be found over at Darwin Eats Cake. 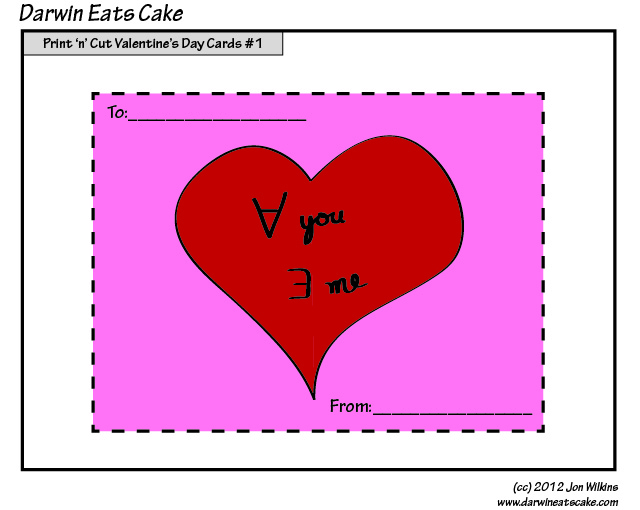 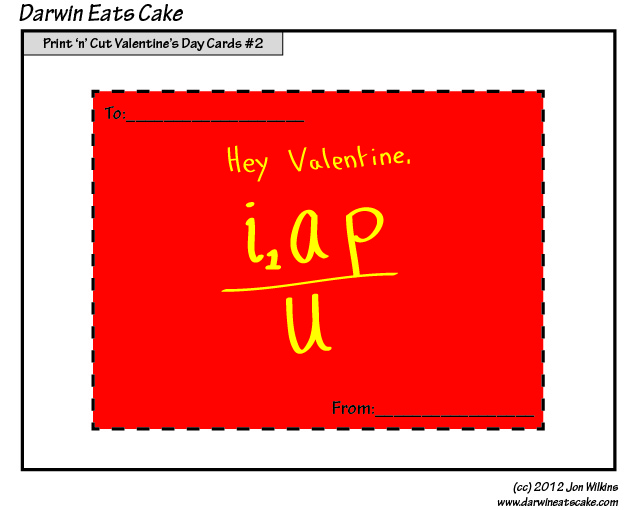 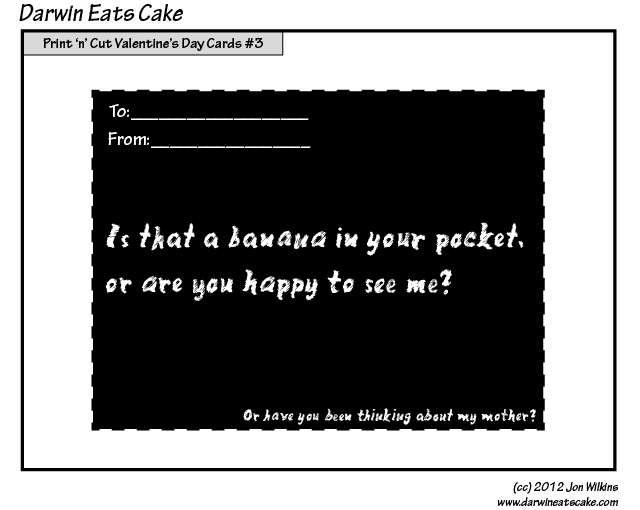 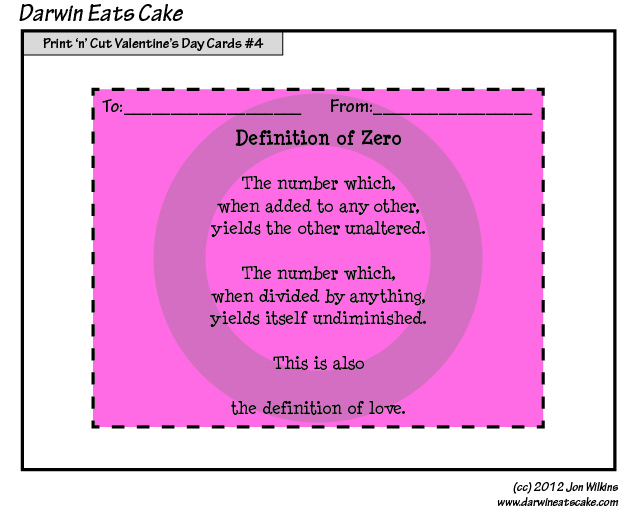 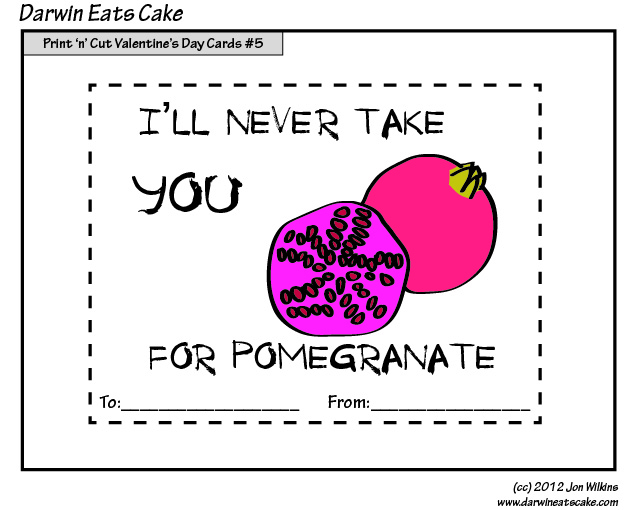 So, have you ever wondered what would actually happen if you spliced fly genes into the human genome?

It would actually probably work out something like this. (SMBC)

So, here’s a true thing from Pleated Jeans. 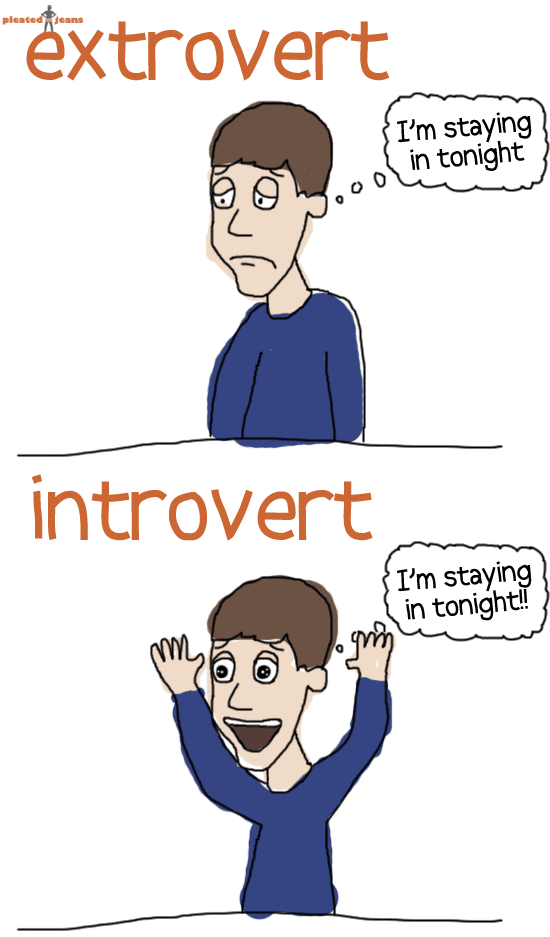 So, you may have seen the news reports in the past few days about the goats that have been engineered to produce spider-silk proteins in their milk. Well, about that . . .