So, there are a LOT of lab-life-themed music videos out there. Mostly, they are amateur things put together by groups of under-worked grad students, where they change the lyrics to some popular song, or “pop” song, as the kids say.

This is a whole different thing, with significant production value, which is what happens when a biotech company gets in the game.

This is actually the second video in a series. The next two will be out later in the year. You can see the prequel here.

So, here’s a little something from Japan. In order to facilitate your close reading of the lyrics, I’ve provided a transcription of the Chorus:

So, how are you celebrating Pi Day?  If you’re like most Americans, it’s by beginning the three-day process of deluding yourself into believing that you have some non-negligible Irish ancestry.

Here’s what you should be doing instead:

Note: this song appears in many, many versions on the web, and, to be honest, I don’t know what the appropriate attribution is. I picked this one because I like the video.  If you know where origination credit should go, let me know in the comments.

So, Neil deGrasse Tyson is awesome, with a capital AWE. Here’s one reason why. This is a video of Tyson describing the single most astounding fact about the universe. His answer is from a 2008 interview, which has recently been set to music and accompanied by an excellent video by Max Schlickenmeyer.

Of course, the other thing that I love so much about him is the way that when you look at him, his eyes are like “I would like to make sweet, sweet love to you,” but then his clothes are all, “but I am physically incapable of doing so.” 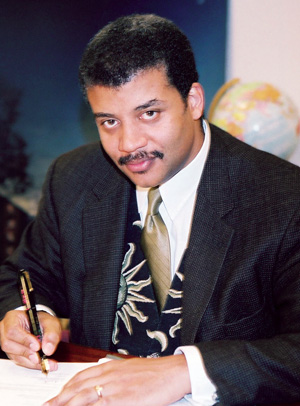 I mean, seriously, how can you not love this guy?

So, remember Adam WarRock? He’s the guy who brought you the awesome science-themed rap song “I am an action scientist.”

Well, now he’s covered Downton Abbey. To quote the YouTube page, this is:

The best rap song about an early 20th century period drama centered around property law that you’ll ever hear. Believe that.

So, I just got back from the Colorado School of Mines (And boy are my picks tired!!!), where I was speaking about the Ronin Institute. One of many wonderful things about the trip was the opportunity to meet Alejandro Weinstein, who has been featured twice on Guillaume’s Mailbag over at Darwin Eats Cake. Following a conversation with him, I wanted to clarify something regarding the following strip:

Alejandro apparently took the third frame of the comic to mean that Guillaume thought that he was from Mexico. I asked Guillaume about this, and he said no, that with a name like “Alejandro Weinstein,” he had assumed that Alejandro was from Argentina. It turns out that Alejandro actually hails from Chile, which is sort of the Argentina of the west coast of South America, so, he wasn’t too far off, really.

Guillaume went on to explain that, actually, “hot like Mexico” and “cool the bad” are references to the lyrics of the Lady Gaga song “Alejandro.” Guillaume had assumed that this was common knowledge, at least until I pointed out to him that the set of people with a high degree of fluency in Lady Gaga lyrics probably shares little overlap with the set of people who read Darwin Eats Cake.
Anyway, Guillaume felt bad about the misunderstanding, and asked me to address it here.
On a related note, Guillaume’s Mailbag is still accepting submissions. Send in any biological trait of any species, and Guillaume will provide an adaptationist explanation for its evolutionary origin. You can reach him at guillaume@darwineatscake.com.

So, this is how to study for a test. Here’s a highlight:

So, here’s an awesome song from eight-year-old Juliet.

Just try to tell me you can listen to this and not also love her dog, Robert.

So, you’ve probably heard about, or may already be experiencing the partial internet blackout to draw attention to and protest SOPA/PIPA, the MPAA/RIAA lobbyist written and funded sibling bills that aim to fuck up the internet for everyone by basically handing censorship authority over to corporations in the name of protecting intellectual property.

Enjoy this. Then call your damn Senators!

Of the few that I have listened to, my favorite is this cover of Deep Purple’s “Space Truckin,” here set to some awesome space-themed choreography by intrepid YouTuber zanderkaneusa: